As part of our series of posts around our leadership team, we asked each of them to reflect upon five things that have changed their life in some way. Here’s what Dean Hunter, Hunter Adams’ Founder, had to say:

1. The arrival of my daughter

Even Simon Cowell softened after becoming a Dad and it certainly had the same affect on me. I remember it like it was yesterday, the most emotional day of my life. It really helped me to put my life and purpose into perspective.

Now, as a teenage girl you can imagine there have been lots of emotions since, but I wouldn’t change her for the world. 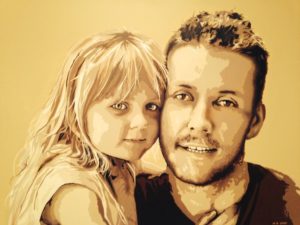 Image above: Dean with his daughter Lauren

Working in the oil and gas industry for many years meant that I travelled the world with work. Oil and gas locations may not be the sexiest places to visit but, in my eyes, that makes them much more interesting. From Chad in Sub-Sarahan Africa to Atyrau in Kazahkstan, I was fascinated experiencing different cultures and ways of living and working. I feel very privileged to have had this opportunity.

I have also managed a few cheeky holidays without work at the end of the flight too! (New York was a highlight!) 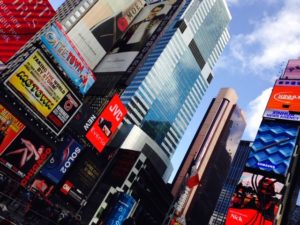 Image above: A snap from one of Dean’s holidays to New York

I have been so lucky to have had several entrepreneurial mentors and bosses in the past. You can just see the sparks flying off of them and some of them catch on. It was the driver behind setting up Hunter Adams – seeing a commercially viable opportunity and taking it to market is pretty thrilling. It’s also exhausting and frustrating at times, but very exciting nonetheless.

I won’t go into great detail here in case you’re eating your lunch. Post tonsillectomy I lost several pints of blood and wasn’t sure which way it was going to go. I was at home and alone. Until this point in my life, I never really took time out, nor had ‘Deano time’ or relaxed as I was just so driven to succeed. The blood loss caused severe ill health for a few years, meaning I had no choice but to slow down. I re-evaluated everything in my life and started to realise my own worth, and at the same time, the fragility of life.

5. Realising I was gay

“We all knew it anyway!”  they cried out…

It took me some time to decide on which team to join. I didn’t question my sexuality until my early thirties.

By my thirties, being  in a very male-dominated sector and industry, I didn’t ever feel the ability to ‘come out’ at work, even though my friends and family all knew.

On reflection this was nothing to do with the people around me, it was my own personal shame. I didn’t want people to know about me personally, and I viewed it as a curse for many years. It probably took me into my forties to become happy being me. I feel I failed many people in the past as a corporate leader, by not talking openly about it and helping them to realise that it’s okay just to be you.

And now that I’m just being me – it makes me a better leader, father and person.