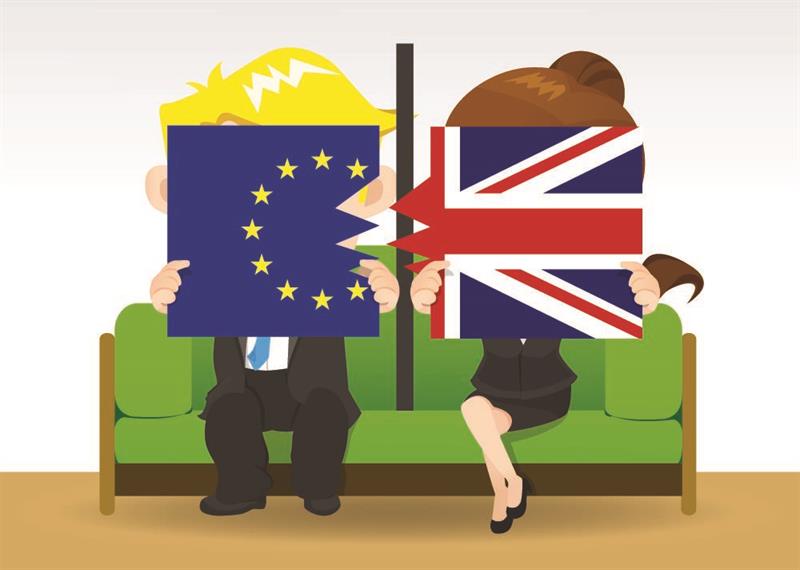 The question still on everyone’s lips is how Brexit will impact their day-to-day lives. Let’s look ahead at the potential effects it may have, as well as the effects it’s having on UK businesses right now.

Brexit is already having an impact on the recruitment process, with some companies in the UK reporting that it has made it more difficult to attract the right talent and retain it. European workers are naturally reticent to uproot their lives to come to the UK while the potential impacts are still as yet unknown.

The value of the pound has also impacted this too, plunging in value directly after the Brexit vote. The effect of this drop in value has resulted in highly paid professionals in other countries demanding a higher salary to account for this dip in value. With the cost of living also rising post-Brexit, this is a significant concern for these workers too.

Potentially we could lead to a skill shortage within the UK, taking many many years to fill. If the Brexit agreement also involves deportation of current EU workers, then this could be catastrophic for some businesses, restricting free movement of the workforce.

As many employment directives form some part of the EU legislation that all member countries follow, there will also likely be a shake-up of employment law in the UK. Anti-discrimination rights, family leave and working time all fall under these directives. While the vast majority of them will most likely remain intact, some are in question.

For HR professionals, this means more time will be required to ensure that they stay updated on any legislative changes. While many existing jobs will remain the same, companies will need to ensure that they are following the letter of the law in all cases to avoid any potential issues. Those who learned the law many years ago may fall foul of the system if they fail to stay abreast of the changes. Any changes will inevitably lead to confusion for professionals who have been doing things a certain way for years.

While the government could theoretically change all employment laws, many of them are already enshrined in our culture. Fair working hours and equal treatment of employees are likely to remain essential considerations of the government, not to mention a complete resubmission of such laws, which would prove costly and also time-consuming.

The system by which migrants would be granted entry to work in the UK has yet to be disclosed, but could potentially work on a visa basis. Using a visa system, however, would inevitably cause a great deal of work (and cost) for employers, as they would be forced to complete application submissions and time their seasonal workers around their visas.

For the HR department of a company with even a few EU nationals, this could be a massive time sink. Communicating with the employee and the government will also take up yet more of their time. In the wake of new data protection laws, they would also be required to protect this data securely.

Multinational companies will feel the pinch with this new system. If they have UK workers travelling for business within the EU, then these working visas would also presumably be required for them too. In the event of a soft Brexit, these impacts may well be mitigated, but with migration being a main sticking point of the Brexit process, this could still be a priority for the government.

Even workers from the Republic of Ireland would be affected by this change. With talk of a border between Northern Ireland and the Republic of Island, this could be a motivator for these workers to return to their native areas.

Any change to borders is a big concern for those in overseas UK territories too. In countries like Gibraltar, a border between mainland Europe and their territory would make current working conditions unfeasible for some workers. Free movement has allowed those from the surrounding areas to work in such territories, the introduction of a hard border would put an end to this.

In both of these cases, the role of the HR department would be to mitigate this loss, ensuring that any staff members in this position receive fair treatment whilst working within the law.

The implementation of VAT across a newly independent Britain would also have to be considered by the Brexit committee. Customs and taxation will affect companies that import and export, which could potentially eat into their profits. Any new tax laws may be enough to tip the scale between profit and loss for these companies.

From an HR perspective, this may mean cost-cutting audits have to take place in other departments. Businesses may need to tighten their belts to survive, with, no doubt, some of this responsibility placed on HR departments. In the case of redundancy and dismissals to cut costs, HR professionals must ensure that they are entirely transparent throughout the process.

Payroll may also be another day to day function that requires more attention in the future. Again, multinational companies will feel the effect of this more so than those with just one office in the UK. Adaptability will be essential here, as there will be many considerations to make in respect of compliance, tax and legislation.

Overall, the impression is that the workload of HR departments will increase. It’s essential for companies to recognise this and be able to support professionals as they go about their work and may mean temporary expansions HR departments, outsourcing some responsibilities or training new staff now to help during this time.

If there are too few staff to deal with any issues resulting from the Brexit process, it is possible that corners will effectively be cut.

At Hunter Adams, we can provide you with suitable HR resource(s) that will ensure you keep your business well resourced. Our services will help you negotiate the Brexit process and what it means for your HR function as things become clearer from the Government.